“For the first time in my life, I feel like I have the tools to open doors that I never thought were possible.”

“I now have a profitable business!  I couldn’t have done it without WiNGS.”

The Women of WiNGS are resilient and strong.  They are creative and ingenious.  They are diligent and triumphant.

These are the Women of WiNGS.  We are proud of their accomplishments and even prouder of their journeys. 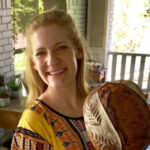 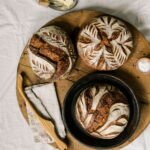 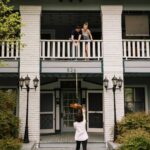 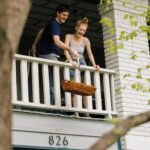 When WiNGS member, Stephanie Leichtle-Chalklen, first started Kuluntu Bakery she set off on a mission to build community through baking and breaking bread. In fact, the cottage bakery’s name means community in isiXhosa, a South African language of the amaXhosa people. Now located in Oak Cliff near Bishop Arts District in Dallas, Kuluntu started in South Africa. Stephanie and her husband operate the business out of their home, where they offer a full menu (specializing in sourdough bread) and host events like baking classes and Ubuntu Supper Club.

While Stephanie had already operated a successful bakery in South Africa, she realized the transition to Dallas came with some adjustments. She had a background in nonprofits and was looking for partnerships for the future but stumbled upon the Women’s Enterprise Center at WiNGS. After attending a full day introductory seminar, Stephanie decided to join the new cohort for the 12-week program. It was clear that the group included people at various stages of their businesses, but the WiNGS coaches were there to guide each individual to the tools that were a fit for them. She learned some things she already knew, but she realized she may be doing some stuff the hard way. The Women’s Enterprise Center allowed her to reevaluate and tailor Kuluntu to Dallas in an efficient and effective way.

After graduating from the program, Stephanie was assigned a business mentor. She meets with her mentor every month to run through what’s going on, her plan of action and troubleshoot ideas with a third-party person. Since she runs the business with her husband, having an outsider perspective and sounding board that knows her business is a huge benefit. Plus, her mentor, along with many of the mentors at WiNGS, have real-world experience as business owners themselves, so they know what’s on the line and how to handle tricky situations.

Since the COVID-19 pandemic began, Stephanie has had to adjust. With a bakery that centers around fostering community and gathering in their home, they had to find other ways to keep business going. Stephanie has continued her Loaf of the Week Club, where customers can get a fresh loaf of sourdough bread. In addition, as an effort to help those in need, she is offering a free loaf of bread to seniors or those financially impacted by the crisis. Since Stephanie lives on the second story of a fourplex, she had to get creative in delivering the loaves to customers down below. When figuring out how to respect social distancing, Stephanie thought back to a time she and her husband were in Cuba and they had sandwich de canasta, or “basket sandwich.” And thus, with a basket, a hook from a planter and a rope from a towing cable, a contactless delivery method was born.

Another way Stephanie has pivoted during COVID-19 is by offering virtual sourdough baking classes. These classes are very similar to her usual artisan bread classes, but she’s teaching them over Zoom. She sells either a bread making kit or a premade sourdough starter for class participants to pick up (same basket delivery method used) ahead of their class. And the best part – she can host up to 99 people! A great way for people to feel connected in a time of separation.

During COVID-19, WiNGS has remained consistent and intentional in their outreach to Stephanie. They’ve provided tools for Stephanie and her husband, like workshops related to COVID-19’s affect on her business or personal finances. Stephanie’s mentor has helped her see the big picture and look toward the future when Stephanie is focused on the present. And overall, Stephanie has felt supported and encouraged by the other women in her Women’s Enterprise Center cohort.

So, what does the future hold for Stephanie and Kuluntu Bakery? Stephanie hopes that COVID-19 serves as a unifier for the DFW metroplex. She plans to continue her passion of bringing people together and baking, which she has been doing professionally since 2015. She plans to shift Kuluntu Bakery to a nonprofit model, eventually opening up a brick-and-mortar storefront as a women’s training facility. And, through it all, she plans to have WiNGS by her side as a resource, sounding board and partner.